Saccidananda Ashram Shantivanam is a Benedictine Ashram. The aim of the ashram is to establish a way of the contemplative life, based on the traditions of Christian monasticism and of Hindu Sannyasa. India has a tradition of Sannyasa, renunciation of the world in order to seek God or in Hindu terms, «liberation» which goes back many centuries before the birth of Christ and continues to the present day. Our aim at Shantivanam is to unite ourselves with this tradition as Christian Sannyasis. Our life is based on the Rule of St. Benedict, the patriarch of Western Monasticism and on the teaching of the monastic Fathers of the Church, and rooted in the Catholic Church but we also study Hindu doctrine and make use or Indian methods of prayer and meditation. The Second Vatican Council, in its declaration on “Non-Christian Religions”, said that “the Church rejects nothing that is true and holy in these religions,” and encouraged Catholics to “recognize, preserve and promote the spiritual and moral values as well as the social and cultural values to be found among them.” Following this direction the All India Seminar in 1969, which was attended by the whole hierarchy and representatives of the whole Catholic Church in India, spoke of the “wealth of truth, goodness and beauty in India’s religious tradition” as “God’s gift to our nation from ancient times.” The seminar showed the need of a liturgy “closely related to the Indian cultural tradition,” and theology “lived and pondered in the vital context of the Indian spiritual tradition.” In particular, the need was expressed to establish authentic forms of monastic life in keeping with the best traditions of the Church and spiritual heritage of India. Among the gifts given by God to India, the greatest was seen to be that of Interiority: the awareness of the presence of God dwelling in the heart of every human person and every creature, which is fostered by prayer, meditation, contemplative science, the practice of meditation and Sanyasa.”These values” it was said, “belong to Christ and are a positive help to an authentic Christian life.” Consequently it was said, “Ashrams where authentic incarnational Christian spirituality is lived, should be established, which should be open to non-Christians so that they may experience genuine Christian fellowship.” 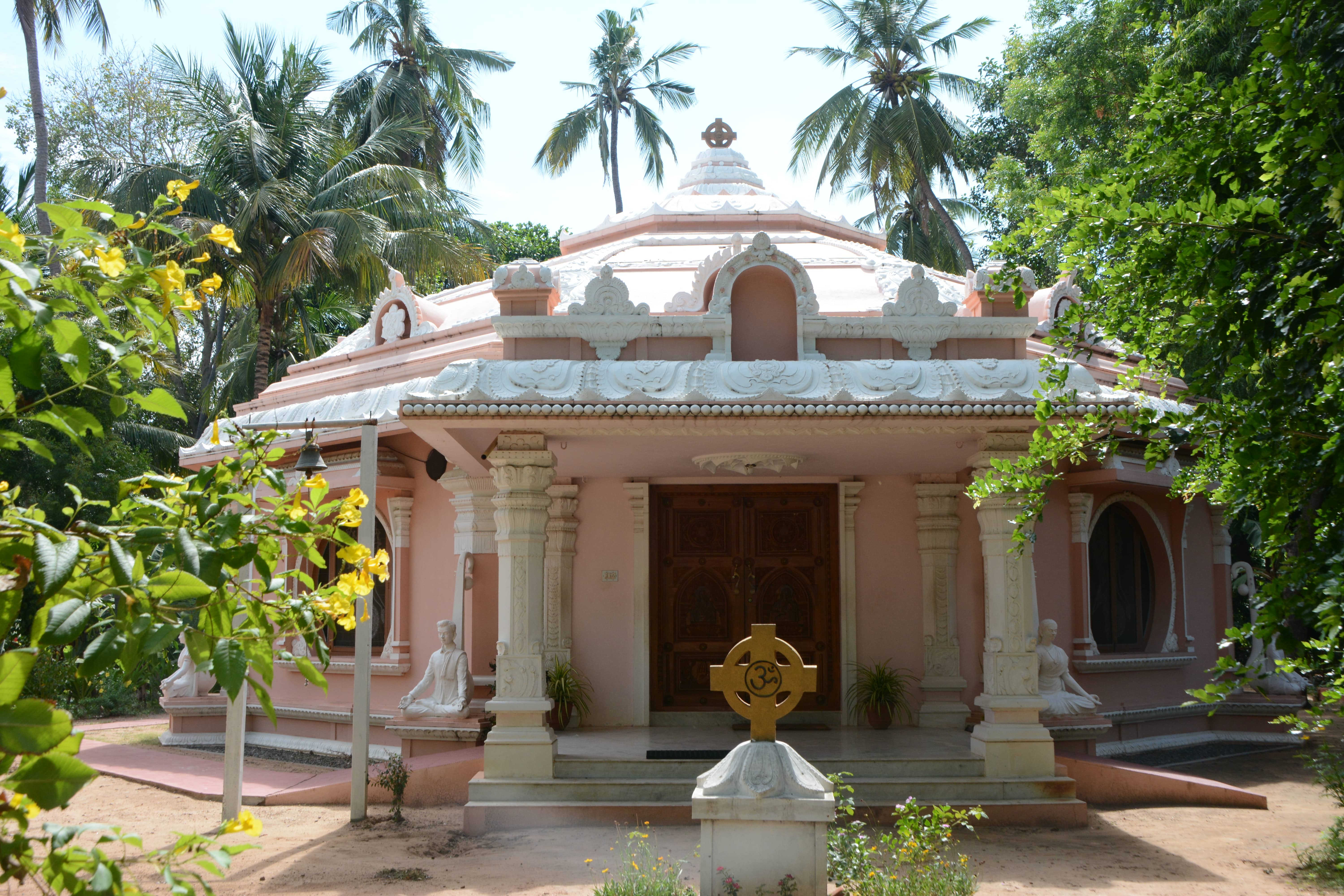 The aim of our ashram, therefore, following these directions of All India Seminar, is to bring into our Christian life the riches of Indian spirituality, to share in that profound experience of God which originated in Vedas, was developed in the Upanishads and Bahagavad Gita, and has come down to us today through a continual succession of sages and holy men and women. From this experience of God lived in the context of an authentic Christian life, it is hoped that we may be able to assist in the growth of a genuine Indian, Christian liturgy and theology. In externals, the community follows the customs of a Hindu ashram, wearing the saffron color robe of the sannyasi, sitting on the floor and eating with the hand. In this way, we seek to preserve the character of poverty and simplicity which has always been the mark of the sannyasi in India. At our prayer, we have readings from the Vedas, the Upanishads and Bhagavad Gita as well as from Tamil classics and other Scriptures, together with psalms and readings from the Bible, and we make use of Sanskrit and Tamil songs accompanied by drums and cymbals. We also make use of «arati» waving of lights before the Blessed Sacrament, and other Indian customs, which are now generally accepted in the Church in India. Our Ashram is a place of meeting point for Hindus and Christians and people of all religions or none, who are genuinely seeking God. For this purpose a guest house has been built, where both men and women can be accommodated for personal and group retreats, recollection and for religious dialogue and discussion. There is a good library, which is intended to serve as a study center. No charge is made, but guests can make an offering to cover their expenses. The ashram is attentive not only to spiritual seekers but is also conscious of the poor and the needy neighbors in the surrounding villages. If you desire to be the part of ashram’s mission to the poor, you may kindly contact the guest master or Superior by email address.

Plesce enter your email and get news update for donation the Saccidananda Ashram.